We have an optimized web accessible version of this site available. Click here to view. 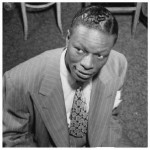 Born Nathaniel Adams Cole, Nat King Cole was a well-known American singer who began his career as a jazz pianist. He was one of the most popular musicians of the 1950s and 1960s. He was also one of the first African Americans to host a variety show, The Nat King Cole Show.

William L. Dawson served in the House of Representatives from 1943 until his death in 1970. Representing Chicago as a Democrat, he was an active supporter of civil rights bills and fought against discriminatory measures. He chaired the Committee on Expenditures in Executive Departments from 1949-1953, becoming the first African American to serve as the chairman of a regular congressional committee. 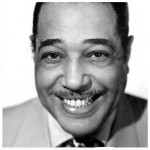 Duke Ellington is one of the best-known names in American jazz. As a composer, pianist, and bandleader, his career spanned over half a century. His orchestra would be one of the most famous, and he composed thousands of pieces. He is one of the leading artists credited with elevating jazz to an art form on par with other genres of music. 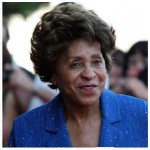 Best known for playing Florence Johnson, the feisty maid from the hit sitcom The Jeffersons, Marla Gibbs (born Margaret Theresa Bradley) grew up in the Bronzeville neighborhood. She began acting in the 1970s, winning the role of Florence Johnson in 1975 and keeping it until the show was canceled in 1985. Afterward, she appeared and starred in many other shows, including 227, The Fresh Prince of Bel-Air, and The Hughleys. She remains an active actress today, having recently had a cameo appearance on Scandal. 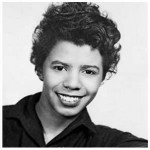 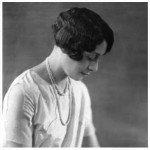 Chicago Public Library system's first black librarian. She traveled throughout the South to collect works by and about African Americans. She is the namesake and inspiration for the Vivian G. Harsh Research Collection of Afro-American History and Literature, located at the Woodson Regional Library in Chicago. 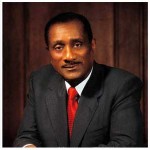 An influential American publisher, John H. Johnson founded the Johnson Publishing Company. Under his leadership, the publishing company grew to be enormously successful. He founded The Negro Digest (now Black World) and Ebony magazine. He was the first African American to make the Forbes 400 list. 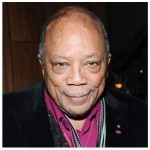 Quincy Jones's career in music has spanned over six decades, and his work as a musician, record producer, conductor, arranger, producer of TV shows and films, entertainment industry executive, and more has earned him numerous awards and accolades. He was nominated for a Grammy 79 times (a record), has won 27 times (tied for second-most in history with Allison Krauss), and has been nominated for 7 Academy awards. Working with leading names such as Michael Jackson, Frank Sinatra, and many others, Quincy Jones was and remains a leading visionary in the music industry.

World Heavyweight Champion (1937-1949) Joe Louis is one of the most recognized names in boxing and has been considered one of the best heavyweights of all time. Born Joseph Louis Barrow, he would go on to make his mark in several sports. He was the first African American to become a national sports hero, and he was one of the first to break the color line in golf, appearing at PGA event in 1952. His 11-year reign as heavyweight champ and his 25 defenses of his title are still unsurpassed. 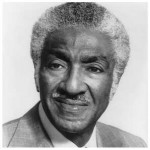 Known as "the world's fastest human" from 1934-1935, Ralph Metcalfe earned 4 medals in track and field at the 1932 and 1936 Olympics. He broke or equaled world records for sprinting at various distances 16 times, though only 5 of those instances were ratified. After his Olympic successes, Metcalfe spent time as a college professor and served in World War II. In 1970, he ran for and won the Congressional seat being vacated by William L. Dawson. (Dawson had announced his retirement and passed away shortly after the election.) Metcalfe served in Congress until his death in 1978. 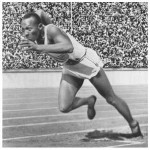 Jesse Owens is probably most famous for the 4 gold medals he earned at the 1936 Summer Olympics. Because the games took place in Nazi Berlin, Owens is considered to have "single-handedly crushed Hitler's myth of Aryan supremacy." However, that was not his only athletic accomplishment. During a Big Ten meet in 1935, Owens set 3 world records and tied a fourth. He accomplished this feat in a mere 45 minutes. 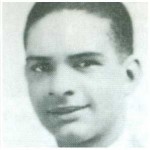 Trained as an architect, Robert Rochon Taylor soon became an activist for equal housing in Chicago. Early in his career, he helped to design the Rosenwald. He was a lifelong supporter of integration, and he was appointed to the board of the Chicago Housing Authority in 1935, serving as vice chairman and later chairman. He served until 1950 and died in 1957. 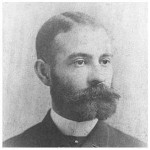 Daniel Hale Williams was a successful African American surgeon. In 1893, he became the second surgeon to successfully perform pericardium (heart wall) surgery. Two years before, in 1891, he had founded Provident Hospital in Chicago. This hospital was mostly for African American residents and doctors, as other Chicago hospitals did not allow African American doctors to practice. He was the surgeon-in-chief of Freedman's Hospital in Washington, DC from 1893-1898 and later became a charter member of the American College of Surgeons.